In Barking and surrounding areas. 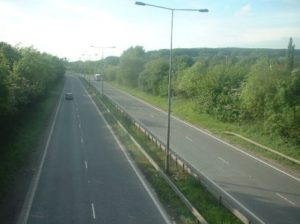 The barking driving test centre is situated in a busy part of North East London. Due to its location, a good understanding of various road systems is required. This is to include mini roundabouts ranging to large multi-roundabouts. There are some crossroads and junctions with faded road markings. The important that you continuously watch all road signs and road markings.

Busy ‘A’ roads and dual carriageway is such as the A13 and A406 are also included in the Barking driving test routes. 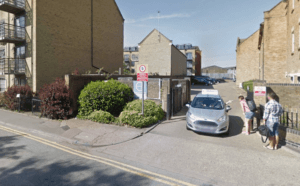 Both male, female and disabled toilets are available at the test centre. Parking spaces are available. However, they are limited. Therefore, Please do not arrive more than 10 minutes before your test appointment time. Please park in the dedicated DVSA bays and keep to the pedestrian walkway. 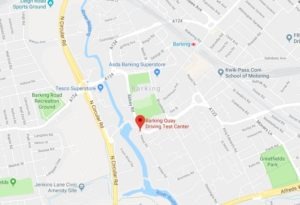 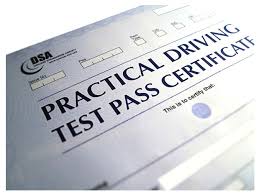 Barking, London is an extremely busy driving test centre, with over 700 driving tests taken here every month. Possibly due to this high number, the test centre has a very low pass rate of 34%, well below the UK average. However do not be put off by this statistic, if you are prepared for your driving test and know the rules of the road then the examiner will pass you.

In the month of September 2017, 786 driving tests were conducted here. Out of all of these tests, only 267 people passed their test.

Barking is a small city in the east of London. The town is situated just north of the A13 and just east of the River Roding. The South Woodford to Barking relief road (part of the northern Circular A406 route) runs through the Roding valley, with access to the town center via its junction with the A124.

Barking was initially part of Essex, but because of the building of the larger Becontree estate by the London County Council in 1926, is now part of East London. The city center has a large shopping center and business area, and the southern part of the city has been rebuilt as Barking Riverside. The Barking Test Centre is located at 84 Tanner Street, IG11 8QF.

Local roads that you might encounter during the course of the test may include the dual carriageways of the A12 and A13, the north Circular of the A406 and the A124 Long-bridge Road. These may be relatively quick routes, so your speed will be assessed on them. You will also likely encounter a one-way system, a rotary, roundabouts, and the occasional minor bridge crossing. As there is no parking at the center, you will have to park in surrounding streets and perform the maneuvers in the local residential streets.

Each intensive driving course in Barking can run in sequential days – or can be broken up if you decide to include the theory test as part of the course. All of our crash driving courses are 1-to-1, with only you and a driving instructor in the car at any one time.

We collect from all of Barking’s surrounding areas. Whether you are at home, at work, or even going shopping, we will be able to meet you to take you on a driving lesson. With a Driving Instructors knowledge of Barking, you are guaranteed to have good knowledge of all local test routes. Is Barking a good place to do your intensive driving course?.

Local roads that you might encounter during a driving test in Barking might be the dual carriageways of the A12 and the A13, the north circumference of the A406 and the Long-bridge Road on the A124. These may be relatively quick routes, so your speed will be assessed on them. You will also likely encounter a one-way system, a rotary, roundabouts, and the occasional minor bridge crossing.

At DTC UK, we provide high quality Driving lessons in the E6 area. We have brilliant, local driving instructors covering your local area. Our driving instructors are fully trained and top of their game. Our E6 Driving Instructors will collect you from home to take your Driving Lesson.

East Ham is a major centre within the London Plan. East Ham has been part of the London Borough of Newham since 1965.

Plaistow adjoins Upton Park, East Ham, Beckton, Canning Town and West Ham. Plaisatow has been part of the London Borough of Newham since 1965.

In the 1880s, the term Upton Park was first applied to a housing estate which developed to the east of West Ham Park. Upton Park is an area which is part of the East London Borough of Newham.

When you book your last-minute intensive driving lessons, you will have the choice of learning in an automatic or a manual car. Last year alone, there were over 1.7 million driving tests conducted. Out of these, only about 30% were taken in an automatic car.

I have already recommended DTC UK to my little sister. They got me a driving test cancellation at Barking, London within 2 weeks of legal vital to take one. I think their service is absolutely amazing. I would recommend it to anyone wanting Driving Test Cancellations Barking.

I waited almost 3 months for my driving test with the Barking, Town Quay driving test centre. Unfortunately, the driving test I turned up at Barking Tanner Street instead. I should have checked my email confirmation the evening before the test but did not. To make matters more complicated my theory certificate was going to expire in two weeks and I had to wait 10 clear working days between tests though it was almost impossible for me to get the driving test cancellation anywhere in the country, let alone Barking.
A friend of mine recommended me to DTC UK. I was amazed that they said that there would get me a driving test before my theory certificate expired. They said it is possible because I had not actually sat my driving test. Must say that they did charge me £10 extra but it was well worth it. The extra £10 they charged was for them to call the DVSA on my behalf and explain the situation that I had not attended my driving test but they can only do that once they had found me a cancellation test. Would recommend DTC driving test services to anyone and everyone.

DTC Driving Test Cancellations were recommended for me from a friend who used them to find a quick driving test. Their application form is straightforward. In the first hour of applying, I got a call from a really down to earth person. They had booked me a super quick test at Ashford.

I would like to say, thank you to DTC UK and to Manisha, the friendly face of the company

I used DTC UK three times and every time. They found me quick tests on the same day on two occasions and one after a week. I have today passed at the Barking centre. Thank you to all the staff involved in getting the quick driving test for me.

DTC Driving test Cancellations offer a great fast track service.I got my test fast-tracked and passed at the Barking office. I feel great.