Get your Driving Test within 2 Weeks

In Uxbridge or 2 other local test centers guaranteed. 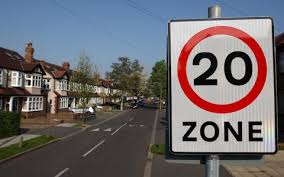 carrying out the reverse bay park or the forward bay park at the driving test centre. If you are requested to carry out one of these manoeuvers, show extreme corruption as motorcycle testing is also conducted at this test centre. Observations during the manoeuvers are vital. In fact, the observations are more important than the manoeuvre itself. If it with the manoeuvre this can be rectified. However, if you make a mistake with the observations, it is usually late to correct.

As you leave the Uxbridge driving test centre, you will encounter a yellow box junction and the first set of traffic lights. Many learner drivers fail driving test at this box junction. Due to the location of Uxbridge driving test centre you should expect to deal with both urban residential roads and rural country lanes. The driving examiner will take you into small villages such as Iver Heath which has small narrow spaces. Must be prepared to give way to oncoming vehicles. 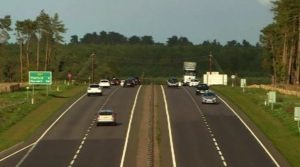 During the 40 minutes’ drive from the test centre, expect to deal with a variety of different types of junctions including crossroads and both mini and multi-lane roundabouts. In fact, there are some double roundabouts on the route as well. Many learner drivers fail their driving test on these double roundabouts for not giving way to the traffic on the right at the second roundabout. 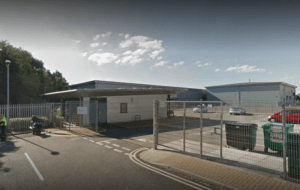 Both male and female toilets are available at Uxbridge Driving Test Centre. Candidate car parking facilities are available but are limited. Please do not arrive more than 10 minutes prior to your appointment time. This Test Centre Provides Testing For Car and Motorcycle. 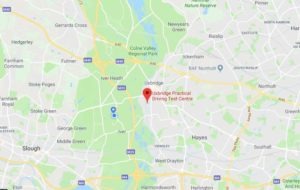 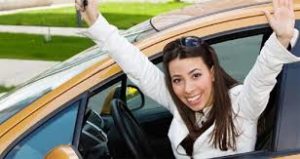 Uxbridge is a busy driving test centre where the examiner is sometimes are prepared to work overtime on weekends. If the weekend slot does become available, the DVSA will charge extra. At 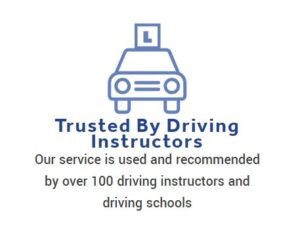 certain times of the year, Uxbridge driving test centre can get extremely busy. On occasions, it will be showing at all on the government website. However, if you do need an earlier driving test at Uxbridge then DTC UK will be able to help you. Even if the theory certificate just has a few weeks of life, we can still get last driving test cancellation at Uxbridge for you. Do not waste time and money on unwanted driving lessons. If your driving test is already booked at Uxbridge and you are not happy with the date, DTC UK can change it to an earlier date.

Driving test cancellations at the Uxbridge test center are far and few. If you have been lucky enough to land a cancellation, you may be faced with another problem. Most instructors in and around the Uxbridge area are fully booked up weeks ahead. As a result, your instructor may not be available to take you to the test.

DTC has the answer. We have a team of driving instructors available last minute at all London driving test centers. Our emergency driving instructors come with a dual control car which meats all DVSA requirements. With our “Driving Test Car Hire Uxbridge” service, you have a choice between an automatic or a manual car.

DTC driving test cancellations changed my driving test date within hours of me contacting them. I think they provide a remarkable service which I would strongly recommend.

DTC driving test cancellations got me a quick driving test within two weeks. I would definitely recommend any learner wishes to change their driving test to use these guys.

If you fail your driving test it is most important that you rebook as soon as possible. After failing my test I waited two months for another date and unfortunately, I failed my second test as well. Think the reason that I failed my second test was because I do not continuous lessons and I had forgotten some of the important things needed to get my driving licence. I then saw the DTC UK website which guaranteed me test within two weeks. The information was still fresh in my mind. I have today passed my driving test because DTC driving test cancellations change my driving test rather than me waiting another two months.

I wanted to book an intensive driving course but I needed the test on the Friday afternoon so it can side with my course. The driving school that I did an intensive course with recommended me to DTC driving test cancellations. The service I received from these guys was just fantastic. Really part of their way to change my driving test to the Friday afternoon. I am pleased to inform the world that I have today passed my driving test.

Totally amazing. DTC driving test cancellations change my driving test which was originally three months away to less than two weeks away. They are well worth paying the £30.

DTC Short Notice Driving Tests lives up to its name! They got me a short notice driving test at Uxbridge. Guess what? I PASSED!!!! Thank You for your help!

Brilliant service from DTC Last Minute Driving Tests. They found my next test in 2 weeks. Unfortunately, I failed due to a stupid mistake. I will be using them again. Determined to pass.

I failed my test on my first attempt and did not want to want ages for another date. DTC Fast Track Driving Test Services was recommended by my driving instructor. I was pleasantly surprised by the service offered. Highly recommended!!!