The average waiting time for a driving test appointment in the Sidcup area is well over 2 months. This is fine if you are still learning to drive as most driving instructors would advise you to book before you’re actually ready. However, the huge waiting time can be problematic if you have recently failed a driving test. Luckily, DTC Intensive Driving Courses Sidcup has the solution.

With a last-minute semi-intensive driving course from DTC, you can be on the road this time next week. That’s correct. DTC Intensive Driving Courses will not only arrange a short semi-intensive crash course but will also book you an emergency driving test. We can get you a driving test within weeks at either Sidcup or the surrounding area.

An intensive driving course is a fantastic way to reach test standard in a within a short time frame but it will not make you an experienced driver. Taking weekly driving lessons will give you experience in dealing with different conditions such as driving in bad weather, varying traffic conditions and driving in the dark. Learning over a longer period allows the information given in the lessons to enter the long-term memory.

Please bear in mind that our Last Minute Driving School Sidcup is not suitable for the total beginner. The intensive courses are designed for learner drivers who have failed a test in the past, international drivers (even if they have never driven in the UK) and for the learner who is almost test standard.

If you live in Sidcup, your driving test would normally be booked at the Sidcup Driving Test Centre. Your last minute intensive driving course would also be conducted in the Sidcup area.

However, please note that driving examiners may take you to the surrounding towns and villages such as Bromley, Dartford, North Cray, Petts Wood, Swanley etc. The first choice for your last minute intensive driving course would be Sidcup.  However, there are other practical test centres in the area with may be used. Below is the address of Sidcup Driving Test Center and other centres nearby. 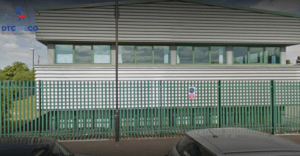 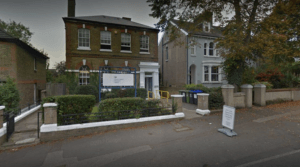 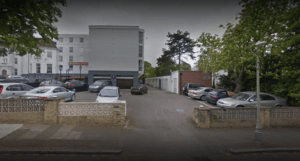 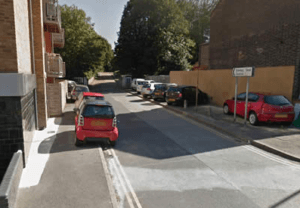 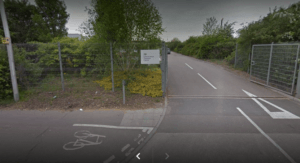 Sidcup is made up of large Victorian and Edwardian properties which are alongside the typical 1930s residential areas. There are many parks and open spaces in the area – this is where great estates and large homes once stood in the area. Sidcup is also very well known for Queen Mary’s Hospital which was established in 1993 by Queen Mary’s Sidcup NHS Trust.

When it comes to transport Sidcup’s national rail station opened in October 1866 – this was a month after the opening of The Dartford Loop Line which opened on 1st September 1866. The station provides the area with Southeastern services to London Charing Cross, London Cannon Street via Lewisham, Woolwich Arsenal, Dratford and Gravesend.

Are you interested in learning about the pass rates in all test centers in the UK & London . GREAT! As we have put together some interesting information for you. Did you the UK’s national average pass rate is 45.9% and for those in London, this stands at 40.8% chance of passing. See the table below, these are the pass rates for Sidcup, for the last five years.

Based in the South East of London, you can expect a variety of road and traffic conditions. The reverse manoeuvres are usually carried out in quite residential roads.

Reverse Manoeuvres
During your semi intensive driving course at Sidcup,  you will be taught to reverse safely with due regard to other road users. There are four manoeuvres you will learn during your crash driving course. However, in the actual driving test, the examiner will choose one of them. The four manoeuvres include parallel parking, stopping on the right-hand side of the road and then reversing back, reversing into a bay, and finally driving forward into a bay and then reversing back.

The Emergency Stop
Learning the emergency stop is an important part of your intensive driving lessons in Sidcup. However, in the actual practical test the examiner will ask one in three candidates will be asked to carry out the emergency stop.

The purpose of this exercise is to demonstrate that you can stop suddenly but safely. The examiner will tell you a few minutes in advance that you will be carrying out the emergency stop. The words used by the examiner will be, “ ‘Shortly, I shall ask you to carry out an emergency stop. I will raise my right hand as a signal and shout, Stop. When I shout Stop, I would like you to stop promptly as if a child had stepped in front of you.”

You need to drive normally before the emergency stop. Do not accelerate suddenly to build up a good speed and on the other hand, do not purposely drive slow in anticipation of the emergency stop. Many learner drivers who fail on this exercise often do so out of fear, driving slowly, believing it would be easier, or failing to make proper observations after the emergency stop.

Bus Lanes
Many drivers avoid driving in bus lanes so that they do not get a ticket. However, some of the bus lanes in the area are marked with timings. It is only during these times a car driver must not enter the bus lane; it is when the bus lane is in force. During your practical test, the examiner will expect you to use the bus if it is out of operational hours.

This Last Minute Driving School Sidcup is just fantastic. After failing my practical test for the 2nd time, I did not want to wait for months for another appointment. They booked me a fast track driving test within days. Furthermore, DTC Last Minute Driving School Sidcup allocated a great instructor who got me to believe in myself. As a result, I passed!!!

Recently moved from Thailand as an international driver. Been living in London but didn't need a car. However, now my new job demands a British drivers license. DTC Driving Crash Courses Sidcup arranged a fast track driving test within days. Furthermore, they arranged for me to take a one-day intensive course before the practical test.

I would like to put in a review as I have been so impressed your service and your Rani's brilliant directions.

As much as I praise DTC's Crash courses, that praise is not enough. The overall booking and process was so easy and straightforward, the prices were fair too. After 13 hours of tuition, I managed to pass on my second test with 2 minors. Rani was an absolutely magnificent instructor - she allowed and encouraged me to learn at the pace in which I was comfortable with. She gave me a great amount of guidance and instructions which helped me become a confident road user. My overall aim was to pass, at the same time, to also become a confident driver and guess what, that is what I am now. With Rani's help, I even passed my own expectation and I would not have been able to achieve this in such a short amount of time.