The average waiting time for a driving test appointment in and around the Bexley area is well over 2 months. This is fine if you are still learning to drive as most driving instructors would advise booking before you’re actually ready. However, the huge waiting time can be problematic if you have recently failed a driving test. Luckily, DTC Intensive Driving Courses Bexley has the solution.

With a last-minute semi-intensive driving course from DTC, you can be on the road this time next week. That’s correct. DTC Intensive Driving Courses will not only arrange a short semi-intensive crash course but will also book you a driving test. We can get you a driving test within weeks in or around Bexley. You will be taught on a one to one basis in fully dual controlled and insured cars. All of the driving instructors are approved by the Driver and Vehicle Standards Agency (DVSA). During your crash course not only will you be learning to drive, but you will learn the driving routes for the driving tests around the Bexley area.

DTC Last Minute Driving Instructor Bexley aims to get international drivers and learners who have recently failed get their license asap. Unfortunately, currently, we do not cater to the complete beginner.

Below are the local test centers near the Bexley area. 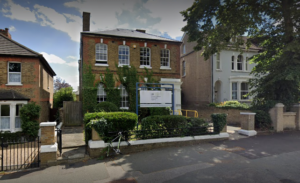 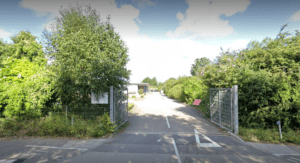 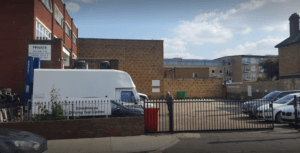 Learners taking driving lessons in Bexley will be exposed to a variety of conditions depending on what part of the borough they live and drive test in.

Bexley is an area in South-East Greater London, England, which is part of the London Borough of Bexley. It is sometimes known as Bexley Village or Old Bexley, in order to distinguish the area from the wider borough. It is located 13 miles (21 km) east-south-east of Charing Cross, and just south of Bexleyheath.

Bexley is an ancient parish of the County of Kent. As part of the suburban growth of London during the 20th century, Bexley increased its population, becoming a council borough in 1935, and has been a part of Greater London since 1965. Bexley is an ancient Kentish parish, within the Rochester diocese, which formed part of the Bexley Metropolitan Borough by virtue of the Local Government Act 1894.

The Urban District gained further status as a Municipal Borough in 1935. Kent County Council formed the second level of local government at this time. In 1965, the County Council for London was abolished, replaced with the Greater London Authority, which had an expanded administrative area which included metropolitan areas in the Home Counties. Bexley Metropolitan Borough, Erith Metropolitan Borough, Crayford Metropolitan District Council, and Chislehurst and Sidcup Metropolitan District Council were combined (the less-extensive areas of Chislehurst and Sidcup became part of the new London Borough of Bromley) to form the new London Borough of Bexley.

Bexley has over 100 parks and is one of Londons greenest Boroughs. You can explore 200-year-old oak trees and heritage houses at Denson Park, or wander through stunning landscaped gardens at Dartfords Hall Palace. The current Borough of Bexley was formed in 1965 through an amalgamation of the former Boroughs of Bexley and Erith, Crayford Urban District, and parts of Chislehurst and Sidcup. Within the borough are areas such as (roughly north-south) Thamesmead, Abbey Wood, Belvedere, Erith, Northumberland Heath, East Wickham, Welling, Bexleyheath, Barnehurst, Crayford, Blackfen, Branksome, Bridgman, Bridgman, Halfway, Longlands, North Cray, Halfway, Halfway, North Cray, South Cray, Sidcup, and Foots Cray.

After some bad experiences with some previous instructors, so I had taken the recommended amount of lessons and then stopped. Then I heard about Intensive Driving Courses. I was searching for 5 day crash courses and my friend had recommended DTC UK, I was not sure which intensive course to go for, so I spoke to Kiran and she guided me very well. My instructor Shak, was very friendly and easygoing and made me fell comfortable. I passed my manual test first time. Thanks DTC UK!

Due to my friends and family recommending DTC UK, I took their advice and decided to go for a Crash Course with DTC UK. I had Shak as my instructor, he was very patient, professional and friendly. Due to his professionalism and easy going attitude, I passed my test first time in manual. Thank you DTC UK.