In Aberdeen and surrounding areas. 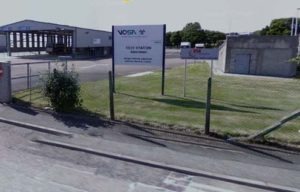 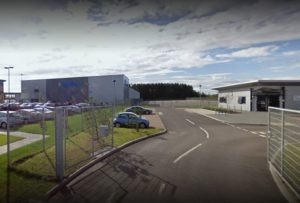 Test centre details information – There is a ramp access to the MPTC test centre. Both male and female toilets are provided. The test centre caters for both cars and motorcycles.

Nearby Local centres to Aberdeen South.

There are two driving test centres in Aberdeen which offers to test for cars. The first in North Aberdeen. This is the bridge of Don. The other driving test centre is in the South, called South Cove Nigg. Please make sure that you arrive at the correct centre.

Aberdeen driving test centre is located in a busy part of the city. The Aberdeen Driving Test Centre routes are designed by senior examiners who tries to include as many different road systems as possible. They will include the most challenging junctions Expect to deal with both open and closed junctions, roundabouts of all shapes and sizes, crossroads and even one-way systems. The A90 dual carriageway is part of both Driving Test Centres.

Many learner drivers dread the A90 dual carriageway due to its high speed. In joining the A90 try to build up speed to match the traffic already on the main road. Above is the address for both driving test centres in Aberdeen.

For more information about this test centre, click here.

First time pass rate of both centres is 50%. Out of the 3500 driving test that was conducted last year at both Aberdeen test centre, under 100 passed without making any minor mistakes at all.

Aberdeen is Scotland’s third most populous city and is also one of Scotland’s 32 local government area which is known as Aberdeen City. Within the UK, it is the 39th most populous built-up area.

Here are some towns within Aberdeen that you may come across while driving;

This town dates back to 1764; locally it is known as Foggieloan or Foggie. Aberchirder resides within an area surrounded by beautiful views of the countryside and their agriculture.

Aberdeen is known for its classic buildings and its famous rivers too; these rivers bring crystal clear waters from the Cairngorm mountains. Aberdeen’s first University was founded back in 1495.

Aboyne is situated 26 miles west of Aberdeen on the River Dee. It is a small village based in Aberdeenshire Scotland. It is home to the 18 hole golf course on Royal Deeside. This is one of the oldest golf courses in the area.

Alford is located 7 miles to the east coast and it is known for being quiet and beautiful. Alford is full of history and is also known as the Alford Craft Market which was established in 1974.

Ballater has a population of more than 1500 people and is a canter known for its hikers and spring water. It is a village situated on the east side of Cairngorm Mountains and is based in Aberdeenshire.

Banchory is 18 miles west of Aberdeen and is a town which is located in Aberdeenshire, Scotland.

Banff is a town within the area of Aberdeenshire, Scotland and is situated on the Banff Bay which faces towards the town of Macduff across the estuary of River Deveron.

Braemar is 58 miles to the west of Aberdeen within the Highlands. It is a village which is located within Aberdeenshire, Scotland.

Crovie dates back to the 18ty century and is a small village which is located in Aberdeenshire, Stoland. It is the smallest village and it is divided into a single row of houses.

Cruden Bay is 26 miles north of Aberdeen and is a small village based in Scotland which is situated to the north coast of the Bay of Cruden in Aberdeenshire.

Our Semi-intensive courses in Aberdeen are designed for those learners who have a valid UK provisional driving licence, passed their theory test, and have already taken several driving lessons. These one-week pass courses are also suitable for international drivers, even if they have never driven in the UK before, learner drivers who have recently failed a practical test, and those who are almost up to the test standard.

Highly recommended. I was looking for days for a driving test cancellation at Aberdeen but without luck. DTC Driving got me an earlier date the same day. Finally, I got my licence.

I booked my driving test at the Aberdeen South practical test centre about 10 weeks ago. Unfortunately, the driving test was cancelled due to icy weather conditions. The DVSA book me another appointment six weeks later. I was devastated. Luckily, I came across DTC UK who promised me a driving test within two weeks. Best of all do not have anything until

Was happy with the driving test appointment. To a pleasant surprise, DTC UK found me a last-minute driving test at Aberdeen South, the days later. They had one for the very same week but it was an early morning test and I was advised to take the driving test in the afternoon so there was less chance of the test being cancelled.

Certainly would highly recommend DTC UK to anyone searching for an earlier Driving Test Cancellations Aberdeen South or the Aberdeen North driving test centres. Thank you to all the team at to DTC UK.

Certainly, I would highly recommend DTC UK to anybody searching for a Driving Test Cancellations Aberdeen or anywhere else in the country. They deliver exactly what they promise, driving test cancellations for all learners within two weeks.

I cannot believe that a company like DTC UK exist in today’s time and age. There were extremely helpful the telephone. Furthermore, they even provided a link to some great YouTube videos which help me passed my driving test at Aberdeen. I would recommend DTC UK to all my friends and family.

Booked my driving test at Aberdeen North about eight weeks ago. When I turned up to the driving test centre, I was told that they had no examiner for me. The driving examiner was off sick.

DVSA did not even call me to let me know that my test was cancelled. Automatically rebooked by the DVSA a month later. However, I wanted an earlier driving test date and the DVSA but unprepared to help me. I think they should give priority to people whose driving test has been cancelled.