In Aberdeen South and surrounding areas.

There is a ramp for access to the Aberdeen South Driving Test Centre. Male, female and disabled toilets are also available. 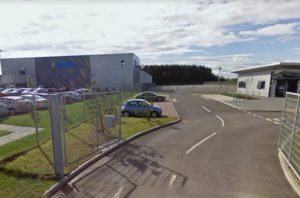 For more information about this test centre, click here.

There are many busy roundabouts and junctions within easy reach of the driving test centre and these will form part of the test route. You should expect dual carriageways such as the A90. The drive from Aberdeen South Driving Test Centre will last approximately 40 to 45 minutes. It will include approximately 20 minutes of independent driving, and reverse manoeuvre and possibly the emergency stop exercise.

This is such a very easy service to use. After I failed my driving test and just found DTC driving test cancellations and I did not have to pay anything upfront. Found me an earlier driving test date two weeks later. This is a genuine service because they do not take any money until you’re totally happy with your date of the Short Notice Driving Test Aberdeen South.

Unfortunately, I failed the first driving test I needed to take it as quickly as possible. I was told by the driving examiner that had to wait two weeks before booking another test. I stumbled across this website I wasn’t too sure but I thought I’d give it a go because they do not want any payment until I was happy with the date that I got. They managed to get me a driving test within three weeks. I’m very happy with that especially now that I have passed

What an amazing service. I was told about this company by my driving instructor. I have been very unlucky with my driving tests and had to take it three times before I passed. It would have taken me over a year to get my driving licence. Thanks to DTC driving test cancellations managed to get it in six months. When I failed, they have always managed to find me an earlier driving test date within 2 to 3 weeks. I would definitely recommend this company to anyone wanting an earlier Driving Test Cancellations Aberdeen South.