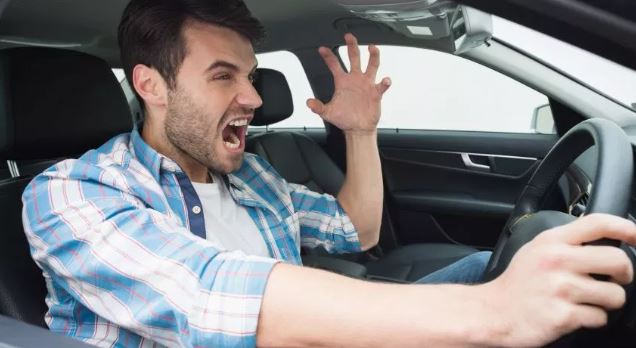 How to Deal with Road Rage

Everyone some time or another has either been a victim of road rage or have undergone the emotions themselves. There are several different factors which can cause road rage, from a bad day to bad driving habits. Some people aren’t even aware they’re doing it. It can include, swerving across lanes, suddenly braking, and excessive speeding.

80% Serious Risk to the Road

According to statistics from the AAA Foundation of Traffic Safety, around 80% of drivers are labelled ‘a serious risk to the road’. This means that 80% of drivers are prone to aggressive and dangerous driving habits, which put not only themselves in danger, but the people in their vicinity. Furthermore, one of the most common causes of road accidents is road rage.

It’s incredibly easy to slip into this 80% and become a danger, with a large proportion of people being entirely unaware they are.  However, there are several scenarios which can often lead to road rage. For example, waking up late for work. This can result in you going over the speed limit, only a few miles over the speed limit. Yet once you realise you can get away with it, it’s easy to start swerving in and out of lanes to overtake. If traffic comes to a standstill, it becomes natural to start laying onto the horn, hoping people will speed up or move out of the way. This is how simple it is to slip into bad driving habits and put others in danger.

If another driver is acting aggressively, don’t let their actions make you angry. It may seem like a personal attack, but it never is. They are simply taking out their anger towards the nearest driver. If you are this situation, it’s always best to never retaliate. You should ignore them and don’t make any eye contact in a form that could aggravate them further.

If someone is aggressively driving behind you, you can find a safe spot to move over and let them go. It will add a few seconds onto your journey, yet is far better than someone tailgating you and potentially resulting in an accident if you brake suddenly.

Alternatively, in some situations, it’s best to simply apologise and immediately diffuse the situation. The aggressive person will find it difficult to continue in that manner once they’ve seen you apologise.

Preventing Yourself From Falling Victim to Road Rage

If your temper begins to rise whilst you’re driving, it might be beneficial to try and distract yourself with music or the radio. Alternatively, saying comforting or reassuring things to yourself will help keep your emotions in check. Try to take deep and calming breathes and remind yourself that everyone makes mistakes, there’s no need to take out anger on other drivers needlessly.

When you’re late or need to get somewhere in a hurry, think about all of the other things that could go wrong by cutting corner or speeding. A ticket and fine worth £100 simply isn’t worth being a few minutes late. Extending from this, it’s too risky to drive dangerously, your risk of collisions rapidly increases and the outcome of an accident will be far worse than being late. You’re not just putting your life in danger, but those around you in other vehicles and on the road. Letting your anger get the best of you isn’t worth the risk.

In conclusion, a majority of drivers undergo this process of road rage. The important thing to remember is that your actions will have consequences, whether that’s in the form of a fine due to reckless driving and points on your licence, or accidents causing injury to yourself and others. Therefore, the safest thing is to stay calm and realise that aggressive driving on the road simply isn’t worth the risk that comes entailed with it.