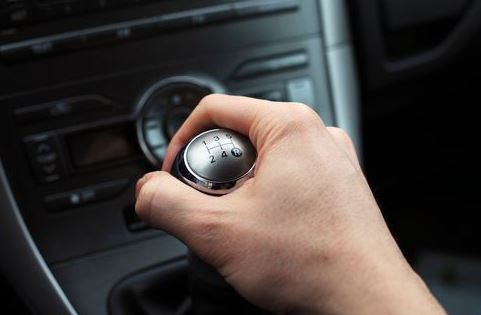 Guide to Changing and Using Gears

Many learner drivers in the UK struggle with changing gears. Most take a few driving lessons to master the gears. However, a few drivers just never seem to get it and move on to learn to drive an automatic car instead. This blog will explain you need to know about the gears. The gear lever is usually positioned between the driver seat and the front passenger seat. The purpose of the gears is simply to transfer power from the engine to the wheels of the car. Most cars in the UK will have five forward gears and one reverse gear.

The mistake many learner drivers make is that they push down from first into second gear. This often results in the gear lever accidentally going into fourth. The reason that the gear leaver sometimes ends in fourth is due to the spring in the neutral position which pushes it towards the fourth. So rather than just push down, push the gear lever away from toward the stomach of the passenger sitting in the front seat.

The range of the third gear is between 20 and 30 miles per hour. The third gear is a bit like a cheater. It has speed and yet it also has power. It is good for overtaking. Remember that the position of the gears is in the letter H. The third gear is at the top right of the H. When changing from 2nd to 3rd gear, it is very easy to accidentally change into first gear instead. To prevent this from happening, change the gear stick using the Palm. Have the palm facing yourself and push very lightly towards your knee. The spring in the neutral will automatically move the gear stick from the left side of the H to right side of the page.

The fifth gear should be used for all speeds over 40 mph. It is basically a cruising gear used in open country lanes, carriageways and of course motorways. Changing to 5th gear and a little bit tricky. From fourth, the driver has to shop very lightly and then with the palm facing towards them push towards the right before pushing up.

How to Change Gears Smoothly

It is common for the learner driver to fight with the gears. However, less force that is used, the easier gears will slot into the desired location. Treat the gear stick as it was a various small babies hand. Pretend that the baby is asleep and you need to move the hand into position without waking up the baby. Changing gears smoothly involves coordination of the gear stick, clutch pedal and the accelerator pedal. Let us assume that you want to change from 1st to 2nd. The procedure is as follows. Firstly you must come fully of the accelerator pedal and then fully press the clutch pedal completely down. Secondly, using your Palm, the believer away from yourself towards the passenger and down into second gear. Bear in mind the second gear is at the bottom left of the H. Once your selected the second gear, gently come off the clutch before pressing the gas pedal. Many learner drivers experienced jerks when changing gears. This is usually because they come off the clutch pedal to quickly.

Changing Down the Gears

Let us assume that your driving at 30 mph in the fourth gear but you’ve reduced your speed to 25 mph. The procedure for changing down gears is exactly the same as the changing up gears. However, in order to change into third gear, ideally you want to allow the speed to drop down even further to about 20 mph. The lower end range for the new gear. Having said this, learner driver does need to look ahead and assess what is happening in the road. For example, if you are slowing down because you’re approaching a set of traffic lights, you may allow the speed to run drop right down and stop in the gear that you are in. Many years ago, is a requirement of the driving test that the learner driver needed to change down the gears one by one. However, this is no longer a requirement and you are allowed to stop in any gear that you wish. Do remember to put the clutch down before the car starts shuddering.

Learner drivers frequently select the wrong gear in their driving lessons as well as the driving test. You can either select the gear that is too high for the speed that you’re travelling or you can select a gear that is too low. Let us assume that the gear you selected was too high. In this situation, the driver would feel the car started to shudder. At this stage, do not panic. Simply reapply the clutch pedal fully down, select the neutral gear and think about the H. Take a deep breath and gently re-slot the gear into the required position. For the purpose of the driving test, this would generally be marked as a minor fault. You are allowed to make up to 15 minor faults in the driving test.

Now let us assume that the gear that you have selected is too low for the required speed. The car to slow down abruptly. Unfortunately, this can be dangerous for any following drivers. Once again, I’m not panic. The clutch as quickly as possible, this will free the gears. Once the gear is free, you will have time to take a deep breath and select the correct gear. For the purpose of the driving test, there was no one behind you, the driving examiner may give you a minor fault. However, as a driver behind, marked the serious fault.