Do you need to be on the road as a matter of urgency? Does your job rely on it? Are you starting University? Is your theory certificate about to expire? Well, there is no need to worry with DTC Intensive Driving Courses Woking.

There is no need to stress. With a last-minute semi-intensive driving course from DTC, you can be on the road this time next week. That’s correct. DTC Intensive Driving Courses will not only arrange a short semi-intensive crash course but will also book you a driving test. We can get you a driving test within weeks at any local DVSA test centers near Woking.

You will be taught on a one to one basis in fully dual controlled and insured cars. All of the driving instructors are approved by the Driver and Vehicle Standards Agency (DVSA). Furthermore, they are fully police checked and have regular assessments from the driving standards agency ensuring you that your instructions will be relevant and to the current requirements.

Please bear in mind that our last minute driving school is designed for learners who have recently failed a practical driving test, international drivers and those who are almost up to test standard.

If you live in Guildford, your driving test would normally be booked in or around the Woking area. Your last minute intensive driving course would also be conducted in the Woking area.

However, please note that driving examiners may take you to the surrounding towns and villages in or around the Woking area. The first choice for your last minute intensive driving course would be Woking. However, there are other practical test centers in the area with may be used. Below are the addresses of the nearby local test centers.

Below are the addresses for the nearby local test centers – 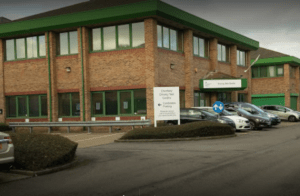 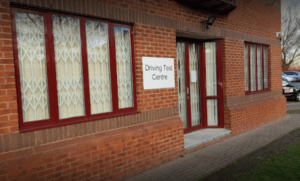 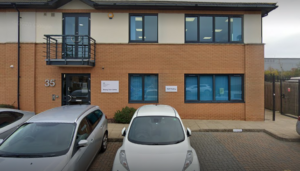 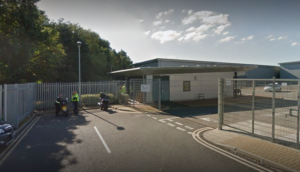 Woking is a city and constituency in northwestern Surrey, England, about 22 miles (31 km) from the centre of London. It is recorded in the Domesday Book as Wachinges, its name likely deriving from the Saxon landowner. The first evidence of human activity is Paleolithic, but low fertileness in sandy soil meant the area was the least settled part of the shire by 1086.

Between the middle of the 17th century and mid-19th century, new transportation links were built, including the Wey Navigation, Basingstoke Canal, and London to Southampton Railway. The present city was established by the mid-1960s, when London Necropolis Company began selling surplus land surrounding the railway station for development.

For most of the latter part of the nineteenth century, the area covered by the present-day town was administered by the Guildford and Chortsey Local Boards. The Wake urban sanitation district was established in June 1892, followed by a local council for Woking in October 1893. The Woking Urban District Council (UDC) was established in January 1895, with the area expanded in 1907 to include Horsell.

Byfleet and Pyrford became part of Chertsey Countryside and were not transferred to Woking UDC until 1933. The UDC was granted its coat of arms in 1930, and Woking gained district status with the 1974 local government reorganisation. Today, Woking Borough covers a total of 64 kilometres, with a population of 100,793 as of 2019. The main town centres extend from Knaphill to Byfleet to the west, but the satellite villages of Brookwood, Mayford, Pyrford and Old Woking all maintain a strong identity as their own.

Around 60% of the borough is protected by the Metropolitan Green Belt, which greatly limits potential for additional housing development. Recent developments in Woking include two tower blocks in the city centre, as well as conversions of former industrial buildings into flats. There are five sites of particular scientific interest within the boundaries of the borough, three of which are within the Thames Basin Heaths Special Protected Area.

Although nearly all the city centre dates from the 20th and 21st centuries, the rest of the borough contains a number of heritage buildings, including the remains of Woking Palace, the home of Margaret Beaufort, mother of Henry VII. Parts of St Peters Church at Old Woking date to the reign of William I, while Sutton Place, built for Richard Weston in 1525, is one of Englands first unfortified houses. The Shah Jahan Mosque, built in 1889, was the first specially built Muslim house of worship in Britain. The city centre has numerous works of public art, including a statue of the writer H.G. Wells, who wrote The War of the Worlds whilst living on Maybury Road. Much of the novel is set in the Woking area.

I highly recommend DTC UK to anyone and everyone. My instructor Shak was a great help, doing an intensive course was so much more better than doing separate driving lessons.

This company is GREAT! I loved the positivity of all the instructors and all the staff were amazing too. I passed my driving test a month ago now. and have been driving ever since. Thanks DTC UK.

I took the 14 hour crash course and got partnered up with Rani. She was an amazing instructors, harsh, humble and easy going. She was everything you need in an instructor. I passed my driving test with NO MINORS. Thanks DTC UK.