The average waiting time for a driving test appointment at Reigate is well over 2 months. This is fine if you book your driving test earlier. However, this waiting time can be a serious problem for those who have recently failed their test and for those international drivers. Most international drivers only require a day of intensive training and they are ready to pass their test. DTC Intensive Driving Courses Reigate can help.

Several driving schools offer crash driving courses but with no guaranteed test at the end. DTC is different. We will book your driving test at either the Reigate or a local test center within weeks. Your intensive training course will only start once we have a confirmed test booking. We will only use fully qualified driving instructor who is registered with the Driver and Licencing Agency (DVSA). All our driving instructors are familiar with the local test routes used by the driving examiners. We will help you to relax, as the more you relax, the more you will learn.

You can choose from either a 10 or 13-hour driving course. During your crash course not only will you be learning to drive, but you will learn the driving test routes for Reigate.

Please note that our last minute driving school Reigate is aimed at international drivers, the learner who has recently failed a practical test and those almost up to driving test standard. If you are a complete beginner, we may be able to offer you weekly driving lessons.

If you live in Reigate, your driving test would normally be booked at the Reigate Driving Test Centre. Your last minute intensive driving course would also be conducted in the Reigate area.

However, please note that driving examiners may take you to the surrounding towns and villages such as Doversgreen, Earlswood, Redhill, Sidlow, South Park, White Bushes etc. The first choice for your last minute intensive driving course would be Reigate.  However, there are other practical test centers in the area with may be used. Below is the address of Reigate Driving Test Center and other centers nearby. 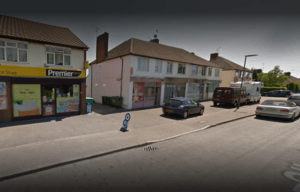 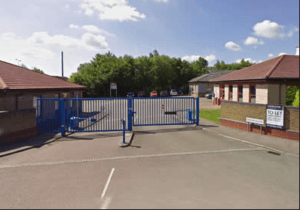 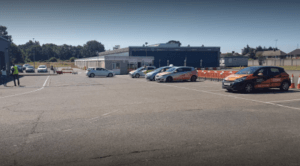 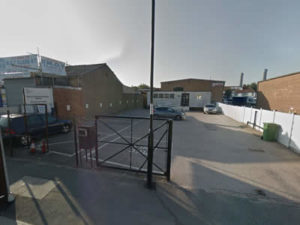 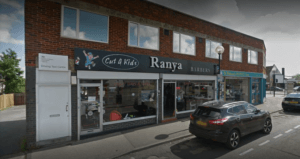 Reigate is a town in Surrey, England and is about 19 miles south of Central London. Reigate was known as a farming town and in 1279 a weekly market began and this continued until 1895. Key crops started to grow and included Oatmeal, hops and flax; however there is no record of rye being grown in the local area. In the 18th century the economy started to decline as new toll roads – this allowed cheaper goods made outside the town become available. This started to undrecutting local producers.

Railways started to arrive in the mid 19th century and Reigate began to expand and the sale of much priory estate in 1921 released further land for to began the building further houses. Reigate is part of the commuter belt and has been one of the four towns in the borough of Reigate and Banstead since 1974.

Situated just outside South London, you can expect a variety of road and traffic conditions including narrow residential roads, country lanes and one-way roads

Independent Drive
The independent drive takes up half of the driving test at Reigate. It is not an opportunity for you to program the sat-nav for the beach, put on the cruise control, and head off wherever you like. The examiner can ask you to follow road signs and road markings to a set destination or ask to follow directions given by a satnav.

The independent drive is a bit different to normal driving. Let’s say you’re doing a semi intensive crash course with DTC, your instructor will say, “at the roundabout, turn right.” Immediately, you know that you are approaching a roundabout. You also know that you need to start the MSM routine.

However, in the independent driving section of the practical test, you will need to identify that you are approaching a roundabout and then you need to decide when to start the Mirror, Signal & Manoeuvre routine.

If you’re unsure as to where you are going, you can ask the examiner. The driving examiners at Reigate will not mind and will willingly help you. This is because they know that you have identified the roundabout in good time and want to start the MSM routine. Having said this, if you reached the roundabout and then asked the examiner which direction you were going, they would not help you because, at that point, you may already be in the wrong position to turn where the examiner wanted you to go.

Winding Country Lanes
Country lanes are pretty and seem like an easy drive, however, they have their own dangers; often hidden. You may come across vehicles that you would not normally see when you are driving in town such as tractors. You may encounter horses, sheep, and cattle. Furthermore, country lanes are not as well maintained as are the city roads and you may find large potholes. Hitting a pot-pole at high speed can be extremely dangerous.

Although the national speed limit on county lanes is 60 mph, you must remember that all speed limits are limits and not targets to be met. The examiner will expect you to drive at a speed at which you can stop within the distance you can see to be clear.

ONE WAY ROADS
There are a few one-way roads on the Reigate driving test route. Many learner drivers have been known to fail at Reigate because they were not aware that they were on a one-way system. Therefore watching road signs and road marking are vital in order to pass your driving test at Reigate. At the entrance to a one-way road, there will be a blue rectangular sign with a white arrow. Please note that this is different from a head-only sign which is a blue circle with an arrow. 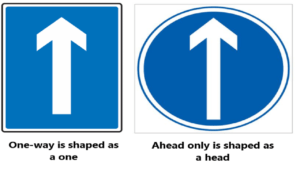 As an international driver from India, have been driving in the UK for almost a year. I could already drive but needed the license at my international was expiring. I called DTC One Week Pass Reigate who arrange everything within a few hours. Fast track driving test booked and instructor arranged. PASSED today at Reigate. 100% will be recommending DTC One Week Pass Reigate.