Firstly, DTC will not start your intensive driving crash course until you have a confirmed practical test appointment. Secondly, we will not even take payment for the course until the test has been booked. Best of all, DTC will guarantee a driving test at either Berkhamstead or a local center within weeks. You can choose from either a 9 or 14-hour driving course. During your crash course not only will you be learning to drive, but you will learn the driving test routes for Berkhamstead.

DTC Intensive Driving Courses Berkhamstead has fully qualified instructors in Berkhamstead and the surrounding areas. All our driving instructors are familiar with the local test routes used by the driving examiners. We will help you to relax, as the more you relax, the more you will learn.

Our last minute driving school Berkhamstead is designed to get learner through the practical test in the shortest possible time. It is suitable for international license holders and learners who have previous experience. Last Minute Driving School Berkhamstead is not notable for complete beginners.

However, please note that driving examiners may take you to the surrounding towns and villages. The first choice for your last minute intensive driving course would be Berkhamstead.  However, there are other practical test centers in the area with may be used. 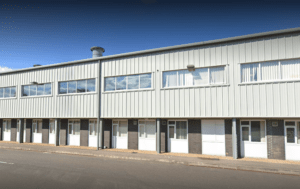 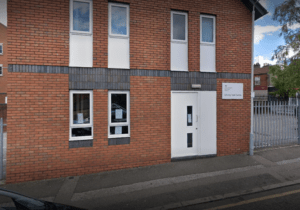 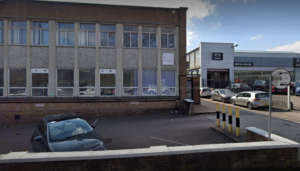 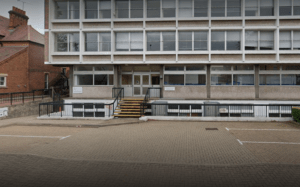 Berkhamsted is an historic market town in Hertfordshire, England, situated in the Bulbourne Valley, 26 miles (42 km) north-west of London. The town is a civic ward, with a Town Council, in the Borough of Dacorum, based in the nearby larger New Town of Hemel Hempstead. Berkhamsted, together with the adjacent village of Northchurch, is surrounded by rural land, most of which is within the Chiltern Hills, an Area of Outstanding Natural Beauty (AONB). The high street is located on the route that preceded Roman times, known by its Saxon name: Axeman Street.

The first written record of Berkhamsted is from 970. The settlement was recorded in 1086 as Burbium (ancient parish) in the Domesday book. The most significant events in the towns history occurred in December 1066. After William the Conqueror defeated the Anglo-Saxon forces of King Harold at the Battle of Hastings, the Anglo-Saxon leadership surrendered to Norman forces camped at Berkhamsted.

The events are recorded in The Anglo-Saxon Chronicle. From 1066 until 1495, Berkhamsted Castle was the preferred residence for the royal family and important historical figures, including Henry II, Edward, the Black Prince, Thomas Becket, and Geoffrey Chaucer. In the 13th and 14th centuries, the town was a town for wool trade, and had a flourishing local market. The oldest known extant gable-ended timber-framed structure in Great Britain, built between 1277 and 1297, remains as a shop in the townas High Street. After the castle was abandoned in 1495, the town declined, losing borough status during the latter part of the 17th century.

Colonel Daniel Axtell, the Captain of the Parliamentary Guard during the trial and execution of Charles I in 1649, was one of the men born at Berkhamsted.

Modern Berkhamsted began expanding following the building of canals and the railways during the 19th century. In the 21st century, Berkhamsted has developed into a wealthy commuter town.

The towns literary connections include the 17th-century hymn singer and poet William Cowper, 18th-century author Maria Edgeworth, and 20th-century novelist Graham Greene. The towns arts institutions include The Rex, Berkhamsted (a highly respected independent film house) and the British Film Institutes BFI National Archive in Kings Hill, one of the largest archives of films and TV footage in the world. Schools in the town include the Berkhamsted School, an independent boarding school with mixed-gender education (founded in 1541 by John Incent, Dean of St Pauls Cathedral); Ashlyns School, a state school, which began its history as a foundling hospital set up by Thomas Coram in London in 1742; and Ashridge Executive Education, a business school that offers degrees, based at the Grade I listed Gothic Ashridge House.

After having taken the 9 hour crash course with DTC UK, and then passing my test instantly, I have become so much more confident with my self and the way I drive. I can now take my mother, (who is partially disabled) anywhere. I appreciate all of DTC UK and their staffs effort. Would definitely recommend.

Shak was an amazing instructor. He made me feel at ease and helped me with my self esteem and confidence. His teaching techniques were different than what I was use too, but I am telling you now, I am over the moon and happy that I passed my test!